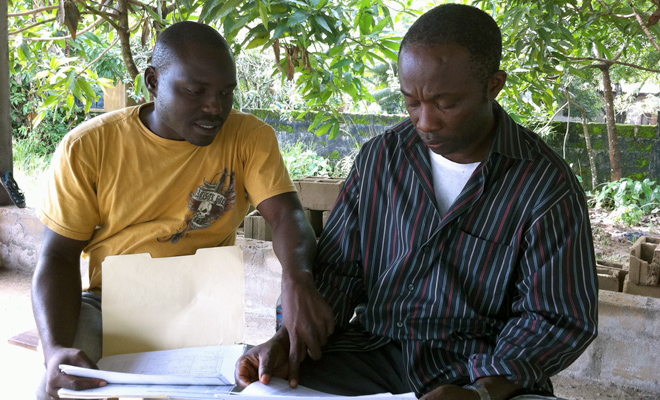 From its founding in 2007, Rebuild Africa has believed in the importance of education, training, and mentorship to equip Liberians to rebuild their nation in the aftermath of the prolonged civil conflict. Many young Liberians were deprived of the opportunity to get a basic education, and Liberia's educational infrastructure was decimated during the war. Even now, Liberia's education system is under criticism from the local and international communities.

To address Liberia's educational and infrastructural needs, Rebuild Africa has partnered with a pre-K through grade 12 school in a poor neighborhood of Monrovia to renovate its buildings, install electricity, and refurbish its library. In addition, Rebuild Africa has provided scholarships to pre-college as well as university students, vocational training in home construction trades, and co-sponsored a university leadership conference to bring Liberian students together with their peers from Europe and the U.S., as well as with local leaders in government, non-profits and business. Rebuild Africa maintains an active partnership with the U.S., with teams usually visiting every summer.