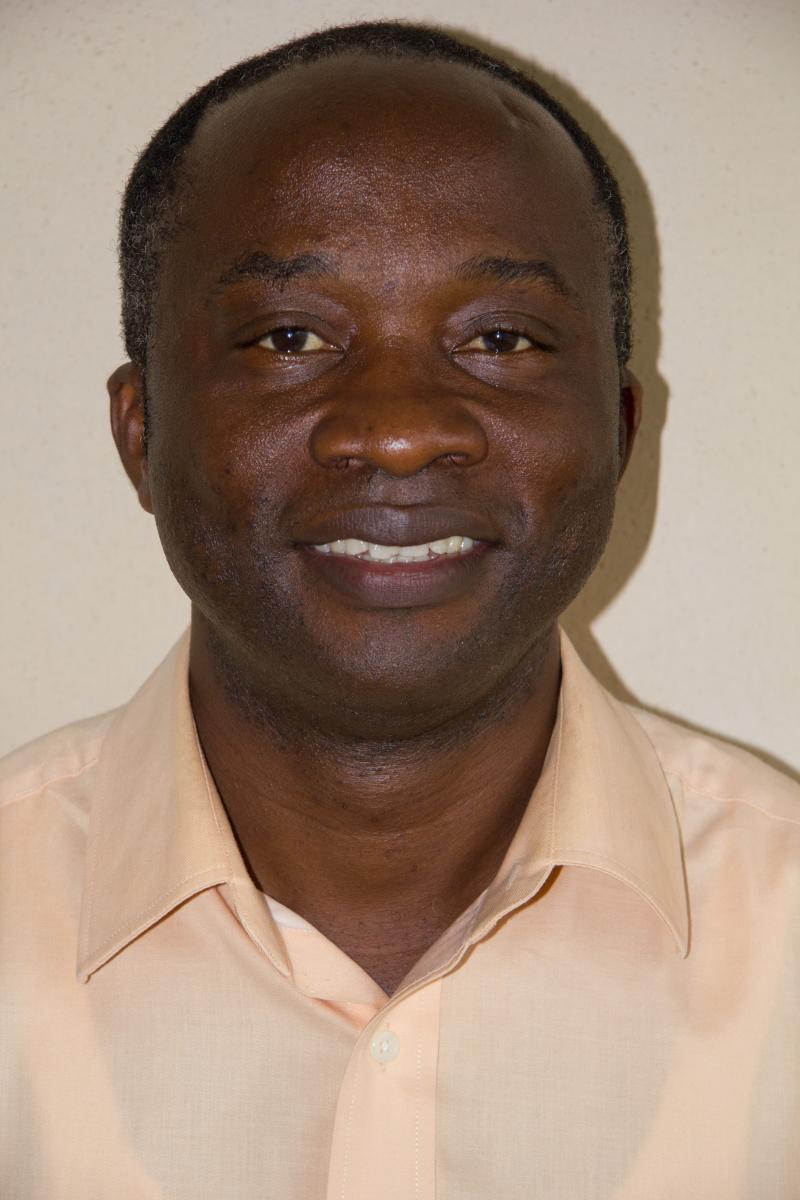 William “Bill” Ngumbu Massaquoi is a banker and economist by training. After graduating from the University of Liberia in 1994 where he majored in economics, he worked briefly at the Liberia Bank for Development and Investment. Subsequently he went on to form a micro-finance agency called LEAP (Local Enterprise Assistance Program), which he directed for the next 7 to 8 years. After turning operations to a successor, he joined World Relief to work in Sierra Leone in January 2003. About a year later, at the invitation of the US Embassy in Liberia, Bill applied for, and won, a Fulbright scholarship to study at the Massachusetts Institute of Technology (MIT) in the US where he obtained his Masters degree in International Development in 2007. Before returning to Liberia, he founded Rebuild Africa to assist his homeland in rebuilding after its devastating civil war.
READ MORE >

Robert Chiewolo has worked for Rebuild Africa since its inception. He was one of Rebuild Africa’s earliest scholarship recipients and graduated from Baptist Bible College with a degree in Theology and Youth Ministries in 2006 before joining Rebuild Africa. He currently assists Bill Massaquoi with the running of the home office as well as making frequent trips to Lofa County to oversee Rebuild Africa’s construction work in Fassavolu. Robert is married to Jarso, and they recently had their first child, a boy. Robert is now studying for a Masters in Kenya.

Raymond Weah escaped from fighting during Liberia’s civil war to Guinea where he received training and mentoring in the construction trade from a French aid worker. Raymond returned to Liberia when peace was restored and went to work for different construction firms in and around Monrovia before joining Rebuild Africa in 2008. Since then, he has overseen our vocational training program, as well as the construction of five demonstration houses in Fassavolu. He has also overseen the renovations at Action Faith Institute. Raymond has a strong desire to train others in the construction trades. He is currently studying civil engineering at Stella Maria University in Monrovia.

Pinko Yancy was a Rebuild Africa scholarship recipient and recently graduated with a degree in accounting from AME University in Monrovia. He serves Rebuild Africa as its principal driver and mechanic.

Tisha is Microsoft's Solutions Professional for all of New England. Before taking on this role, Tisha headed her own Education Consulting Firm (JTNConsultants). Her previous work history includes Vice President of Expanded Learning for the Thompson Island Outward Bound Education Center; Chief Academic Officer for the Birmingham City Schools; Manager of Secondary Science Curriculum, Instruction and Assessment for the Houston Independent School District; and Director of Professional Development for IDEA Public Schools. Tisha has also worked in the classroom as a science teacher at both the university and middle school levels and served various school leadership and administrator roles.

Peter is a physician and public health specialist by training who is a founding member of Rebuild Africa. He has served on several non-profit boards (Place of Promise, El Renuevo, Life/Work Direction) and traveled to South America (Venezuela) and Africa (Ethiopia and Liberia) on medical missions and for economic development projects. He also currently practices internal medicine in Massachusetts on a part-time basis. He is married and resides in Cambridge, Massachusetts.  Linked In

Gerald is currently President of Pochet of America and has extensive upper level management experience in international business. In addition, he has been involved for many years in humanitarian work in Haiti and helped found Hope for the Children of Haiti and Deep Springs International, on whose boards he also served for several years.  He was born in France and moved to the US in 1976 to attend the Harvard Business School. He is married to Laurie and they have 4 children. He and his wife currently reside in Northern NJ.  Linked In

Gordon currently is an Assistant Professor in Entrepreneurship and Innovation at Northeastern University in Boston. He was born in Ghana and completed his graduate studies in Management at the University of Waterloo in Ontario, Canada before coming to Boston. Gordon is married and has 2 children. He and his family currently reside in the Boston area.

Advisor at Oxfam, America. Linked In